Crop protection is important to success in crop Production and general Agribusiness. The negative effects from pest and weeds have posed so much loss to farmers in my locality. My regular interaction with farmers on solution network programs has exposed me to most of the natural reason for low output and poverty in the rural areas. Recently, the major problems seeking attention and solution are

My idea for sustainable crop protection

I am preferably called farmers friend, I go down to the end of rural areas to interact and interrogate farmers on their needs. When I discovered the problems stated above and understood farmers failure due to lack of solutions I swung into action. Due to lack of finances, the fall army worm destroys maize farms to a loss in 2016 to 2017 farming year. Meanwhile the issue of weeds in the farms exists for decades now. Farmers in the rural communities lack the orientation to handle the situation due to lack of innovations and lack of access to improved agrochemicals. I was able to test and confirm some innovations on the two situations mentioned, the fall army warms and the weeds control. The innovations are;

The innovations presented above have been demonstrated and the innovation is being transferred by Agribusiness Motivate Initiative in collaboration with a new agrochemical company from China called Hangzhou Agrochemicals Nigeria Limited. We transferred the second innovation to soybeans farmers in over 10 farm communities in 2018. The farmers reached are over 231 rural dwellers that practice mix cropping for soybeans and maize. Both crops with effective post emergent herbicides for good weed control.

Last year, the precision farming innovation gave farmers who adopted it a triple yield record on a mixed crops farming pattern. In the previous years before the innovations, records on yield were 10bags of 100kg for maize which is usually the primary crop and 3 bags of soybeans which is the secondary crop per hectare. Meanwhile upon adoption of the innovation over 27 farmers out of 46 farmers who demonstrated the innovation recorded an average of 22 bags of 100kg/ha for the primary crop and 8bags of 100kg/ha for the secondary crop respectively (using the maize and soybeans farmers 2018 demo farms). It is obvious that such farmers will embrace the innovation in 2019 wet season without persuasion. This is because the innovation enhances high yield, effective weed control and management, low cost of labour which translates to high farm income. Farmers, agrochemical companies and government extension agents are the main stakeholders. If the innovation can be promoted by the government via these stakeholders, crop protection will experience an unimaginable growth rate across the nation.

As an Agribusiness expert and a Youth Coach in Agribusiness, my driving force is the passion to reduce poverty and enhance youth’s engagement is agriculture. Innovations that are flexible, teachable and further create opportunities for rural labour employment is my priority. Therefore, based on the easy, accessible, cheap and effective nature of the two innovations, farmers will surely adopt as seen in demonstrations done, farmers Economics of Production will be minimized by 17% from field experience and profit will be recorded. Consequently, my strife to promote business in Agriculture will be made easy, farmers financial status will improve, purchase of improve farm inputs will increase and there will be a clear economic development in the community for a better livelihood. 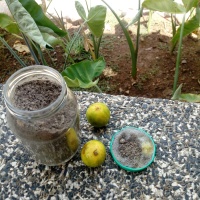 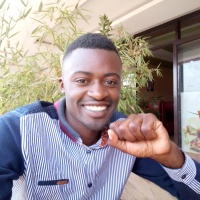 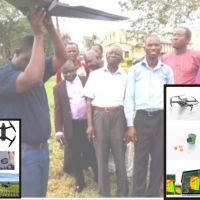 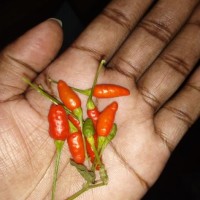 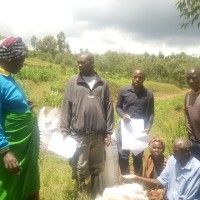